John is painting a human body. He is at a social gathering with some friends. Suddenly, someone approaches him and starts saying how he should paint better and why he’s doing it the wrong way. If John would be used with criticism, he would listen to that guy and continue doing his painting. If not, he would take it seriously and maybe not paint at all, believing that this guy is right. It’s a thin line here and we have to ask ourselves: Is that guy a better painter than John? From what perspective is he judging John’s work? Does John need to listen to his advice so he can improve? Is it important to speak in a certain way so that John won’t take it personally?

Words Are Our Tools – Use Them Wisely!

It’s not necessarily the word itself, but what it stands for. Criticism refers to the act of judging or evaluating someone’s work. We do it all the time: when we go to an art museum, when we listen to a piece of music, when we see a movie, when we read a book or when we go watch a dancesport competition.

Most of the time, we don’t need to be skilled in a field of interest in order for us to feel like we have something important to say. Words are extremely powerful and we often forget that. You may not pay close attention to what I am saying right now but my words will still make their way into your subconscious. What I’m trying to say is that we can have a big impact on someone’s actions, through words.

In dancesport, critique is incredibly valuable for a dancer. Why? First of all, dancing is not just physical. In a previous article I wrote about how your dance ability is directly linked to your level of confidence. In other words, the mental state is extremely important. I guess you can already see where I’m trying to go. Criticism affects your mental state. It does that by either motivating you to improve and work harder or by distressing you and making it very hard to continue.

Let’s say you are a teacher and you a have a class of little dancers. Some of them may end up being part of the professional world of dancesport while others will do it as a hobby. It is known that we assimilate everything that comes towards us, especially when we are young.

You have to be careful with your choice of words. I don’t want to sound too harsh, but you could even push one of your students to give up his or her dream. They may feel they’re not good enough while still being in the early stages of learning. As teacher is your job to push them forward. Through hard work and dedication, anyone could strive towards being one of the best.

Evaluate the process. If you give critique based on results, your students might take it too personally and end up feeling unappreciated. You can see when someone is actually trying to learn by pushing himself beyond his own limits. That’s something to take into consideration when giving feedback.

How Does It Feel From The Dancer’s Perspective?

Well, to be honest, pretty rough at times.

It’s not just the teacher who should be careful with criticism. Sometimes, harsh critique is what we need if we want to grow. A person who is willing to say the ugly truth. I’m saying ugly because it may not be your usual „amazing dance you did, good job”. We have to know what we need to change.

If you’re going to be a professional, you need to remember one thing: Learning never stops.

Trust your teacher or someone whose opinion you consider valuable and also learn how to deal with a critique that you don’t like. Accept what he or she says and try to have an overview of the big picture. Things that you find unpleasant now may end up being the most valuable. Everyone can give you sweet words while there are just a few people that want to actually help you become better.

As I said, honesty can be tough at times. But it’s the only way to improve and have a chance at being part of the world of professionals in dancesport.

Two Types Of Criticism – Just One Is Good For You

There is a difference between constructive criticism and criticism just for the sake of it. It’s not hard to separate the two. You can see it when someone is just expressing his egoistic opinion, thinking that he is better than you and that you should follow his advice.

On the other hand, someone who is trying to help you get better and correct your mistakes won’t make you feel inferior. Instead, he will give you different perspectives that you can try and see how it goes. He’ll show you the door but you’ll be the one that has to walk through it.

Criticism can also come from parents. When I was a child there were moments when my parents used to be very tough on me. Because I had no prior knowledge about this kind of stuff I usually took it too personally and got angry at them.

Fortunately, criticism had the opposite effect on me, instead of bringing me down it pushed me to work even harder. Now I am grateful for what they did. It was important for me to learn how to deal with critique because that helped me in the long run to never let go of dancing no matter how harsh the critique.

It will be difficult at times and you will maybe feel that you should quit. It is exactly in those moments that one needs to appraise why he’s dancing in the first place.

Do you want to excel in dancesport? Are you willing to make sacrifices? Is dancing a big thing in your life? If the answer is „yes” to all these questions, then you have to let criticism be by your side. It’s the only way to achieve great things. Accept the fact that you’ve erred in some way and instead of making an ego-based decision. Try to see it from a different angle: you are here to learn from your mistakes and you should be grateful for having someone that wants to push you further and further.

23 Things Not To Say To Your Dance Partner

What Do Ballroom & Latin Dancers and Drag Queens Have In Common? 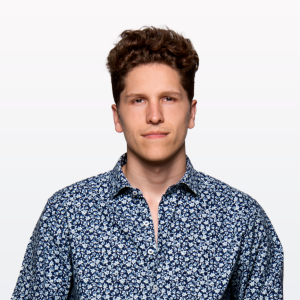 Talent Versus Work: What Makes a Ballroom Dancer GREAT